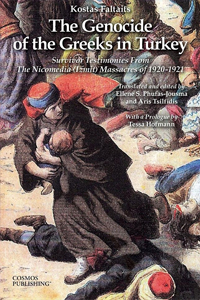 Aug 24, 2020 – What if your grandparents had narrowly escaped a genocide that left one million people dead, just because they shared your faith and ethnic background? That’s part of the Karayanis family story, in the mass murder of Greeks by Ottoman Turkey that followed the Great War. Our guide back to the 20th Century’s first genocide, is Greek-Australian Aris Tsifidis, who brings us The Genocide of the Greeks in Turkey: Survivor Testimonies from The Nicomedia (Massacres of 1920-1921). It’s the first English translation of journalist Kostas Faltaits work, published in 1921 under the title, These are the Turks: Survivor Testimonies from the Nicomedia Massacre. Aris administers the Greek Genocide Resource Center, an online portal containing bibliography, photos, testimonies and other documentation of the mass slaughter that left up to 1.5 million people dead, and forced over a million others out of the homeland where they’d lived for centuries. Connect on Twitter @Greek_Genocide and on Facebook at TheGreekGenocide and IzmitMassacres pages.       Podcast: Download (Duration: 1:11:13 — 163.0MB)Subscribe: Apple Podcasts | Android | Google Podcasts | RSS | More 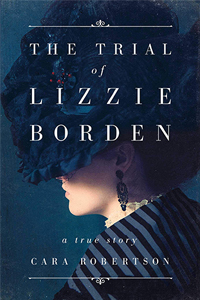 August 10, 2020 – Lizzie Borden has been testified against by generations of children in a nursery rhyme, and continually convicted in the court of public opinion. But did she swing the axe that whacked her parents, or didn’t she? We dig into the 1893 murder trial with first-time author Cara Robertson. She brings us The Trial of Lizzie Borden: A True Story. Based on transcripts of the proceedings, newspaper accounts, unpublished recollections of citizens in Fall River, Massachusetts — and recently unearthed letters from Lizzie — the book brings us inside a case that shook the deeply held convictions, assumptions and social anxieties of the 19th Century’s twilight. Cara Robertson began researching the Borden case as an undergraduate at Harvard and continued while earning an Oxford PhD and JD from Stanford Law School. She clerked at the Supreme Court of the United States for two justices and served as a legal adviser to the International Criminal Tribunal for the former Yugoslavia at The Hague. Learn more about the book and cast your verdict — guilty or not guilty — at TrialofLizzieBorden.com.       Podcast: Download (Duration: 55:30 — 127.0MB)Subscribe: Apple Podcasts | Android | Google Podcasts | RSS…