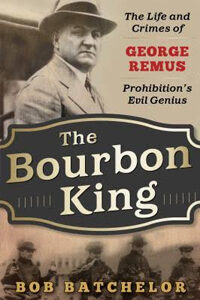 September 9, 2019 – Bob Batchelor introduces us to the boisterous, brass-knuckles bootlegger who quenched Dry America’s thirst in the Roaring Twenties. His book is The Bourbon King: The Life and Crimes of George Remus, Prohibition’s Evil Genius