Rafe Bartholomew – Two and Two: McSorley’s, My Dad, and Me 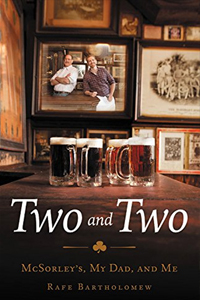