Jim Foley – Church of the Presidents in Long Branch, N.J. 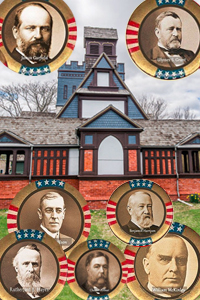