S.C. Gwynne – The Perfect Pass: American Genius and the Reinvention of Football 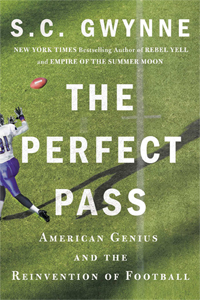