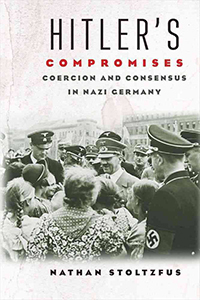 November 28, 2016 – This week, our time machine touches down during Adolf Hitler’s reign in Germany, to answer a big question: How? How did this failed Austrian painter — a little-noticed corporal in the Great War — persuade the German people in droves to follow him into the abyss of total war? The usual answers are charisma and a ruthless stamping out of domestic dissent. But here on the History author show, we always seek out a fuller picture than we get in most history books. Nathan Stoltzfus does just that, challenging the traditional view of the asparagus sucker’s rise to power in the book, Hitler’s Compromises: Coercion and Consensus in Nazi Germany.  Of course, none of this is to soften the image of Hitler as evil or excuse his crimes, but to give us a deeper understanding about how he seduced a nation. Professor Stoltzfus received his Ph.D. in Modern European history from Harvard in 1993, and is the Dorothy and Jonathan Rintels Professor of Holocaust Studies at Florida State University. His previous books include Social Outsiders in Nazi Germany, and Protest in Hitler’s “National Community” — Popular Unrest and the Nazi Response. You can follow him on… 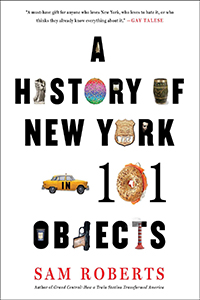 November 21, 2016 – The Flushing Remonstrance of 1657, a precursor to our own First Amendment protections of religious liberty. The Spaldeen we discussed in Geoff Griffin’s Brooklyn Bat Boy: A Story of the 1947 Season that Changed Baseball Forever. This week, New York Times Urban Affairs Correspondent Sam Roberts puts some serious miles on our Time Machine, and fills its trunk with the everyday objects that defined Gotham since it’s earliest, pre-colonial days. Bagels. Subway tokens. His book is A History of New York in 101 Objects, now in paperback. And like the city itself, the book is an ongoing conversation. Sam Roberts encourages readers to email him at ObjectsOfNYC@gmail.com to argue for their favorite object, or against something he already included. Who knows? Maybe your object will be among the next 101 that define Greater New York. You can catch Sam’s columns in the paper, follow him @SamRob12 on Twitter, or check out one of his eight previous titles including, Grand Central: How a Train Station Transformed America.     Podcast: Download (Duration: 46:16 — 42.4MB)Subscribe: Apple Podcasts | Google Podcasts | RSS | More 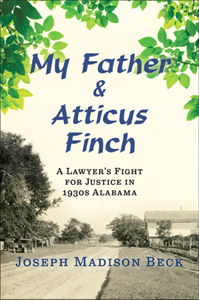 November 14, 2016 – This week, our time machine may sound like it’s taking a sideways journey into the fictional world of Harper Lee’s iconic book, To Kill a Mockingbird. We touch down in 1930’s Alabama, and find a small town rocked when a black man is charged with raping a white woman. Only one local lawyer dares to defend the accused. That man was Foster Beck, and his son, Joseph Madison Beck, joins us to tell this eerily familiar tale. Mr. Beck’s book is My Father & Atticus Finch: A Lawyer’s Fight for Justice in 1930s Alabama. Like his father, Joseph Madison Beck practices law. He also teaches at Emory Law School, and has lectured at universities throughout the United States and abroad. As you’ll read, the evidence against Charles White is thin, but can even Foster Beck’s heroic defense and an open-minded judge save him from a death sentence? Brighten your day.   Podcast: Download (Duration: 44:05 — 40.4MB)Subscribe: Apple Podcasts | Google Podcasts | RSS | More 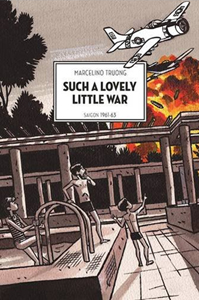 November 7, 2016 – This week, we bring you our first book in a graphic format, and our first guest time-traveling with us from France. Marcelino Truong is author and illustrator of Such a Lovely Little War: Saigon 1961-63. This graphic memoir shows us America’s early involvement in the Vietnam War, through the eyes of young Marcelino, the son of a Vietnamese diplomat and his French-born wife — whose bipolar disorder adds another dimension of conflict to the family’s life. You can learn about our guest and enjoy more of his work at MarcelinoTruong.com. Note that his website is in French, but, his illustrations speak to everyone regardless of language.         Podcast: Download (Duration: 57:49 — 52.9MB)Subscribe: Apple Podcasts | Google Podcasts | RSS | More